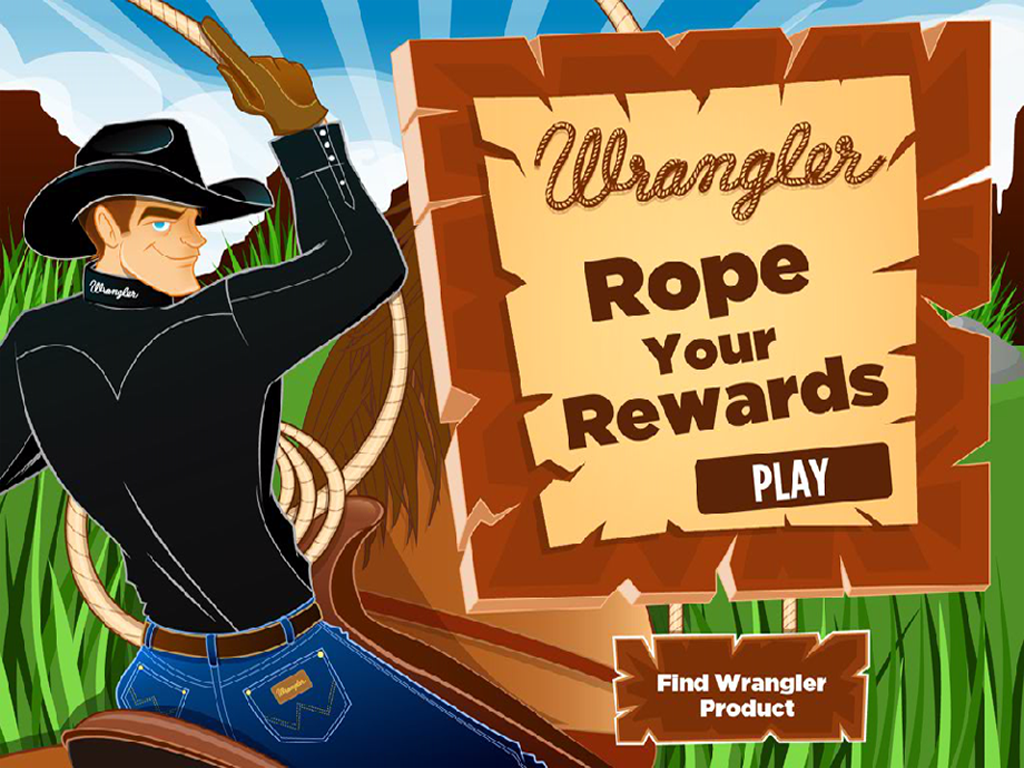 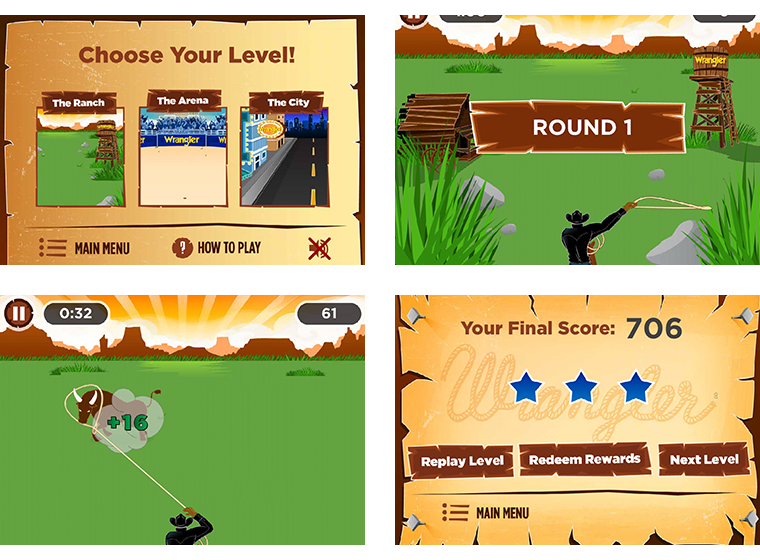 Two by Four lead design and content creation for the Wrangler® Rope Your Rewards app and called upon Picnic to collaborate on concept development and programming. This was the first app for smart phones and tablets for the world’s ropes leader in western apparel. The application was created using Adobe AIR, which allowed our development team, through one standalone software solution, to version out several applications that would work across iOS and Android platforms.

In the app, players rope all kinds of critters as they ride—from a ranch, to an arena, and finally to the big city. With a single swipe of the finger they’ll cast a loop around bulls, steer, ATVs, and even a random ninja or two! If they have the skills of a true cowboy, they’ll unlock some great Wrangler® rewards that can be easily downloaded. There are 9 levels in all.